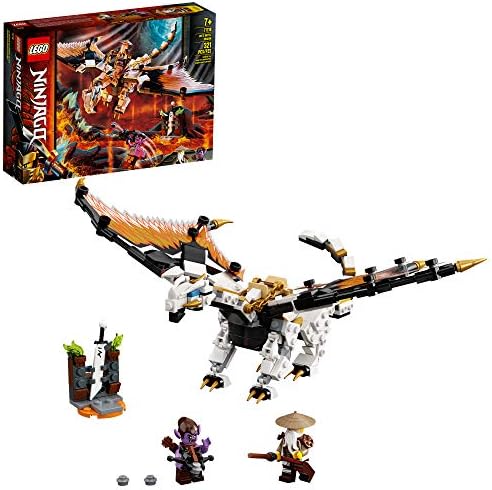 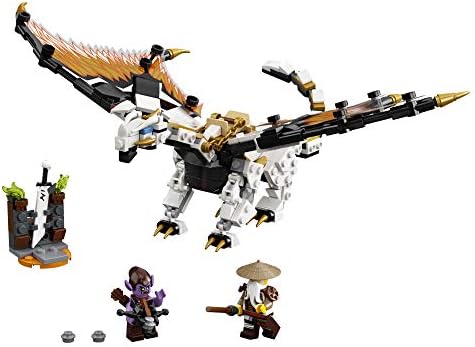 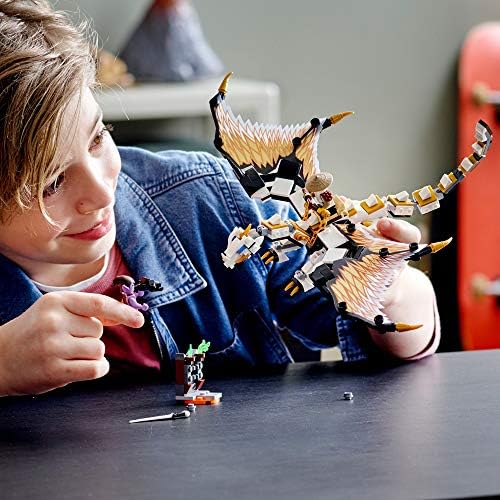 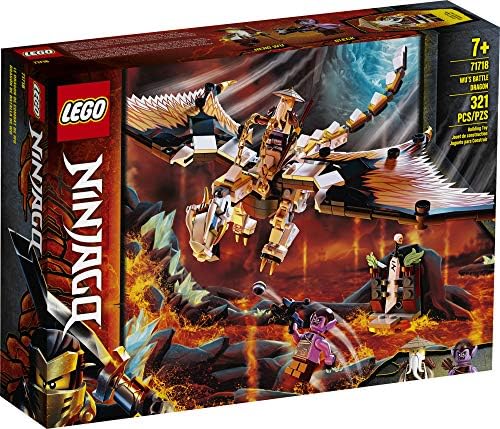 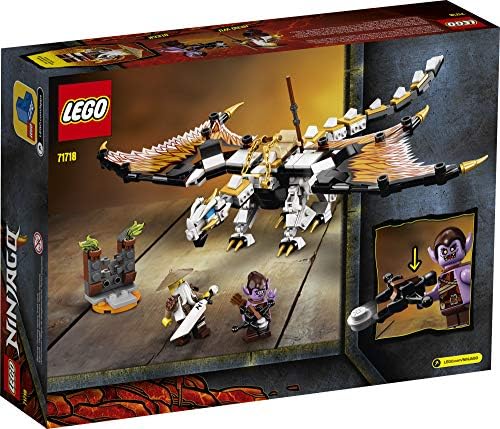 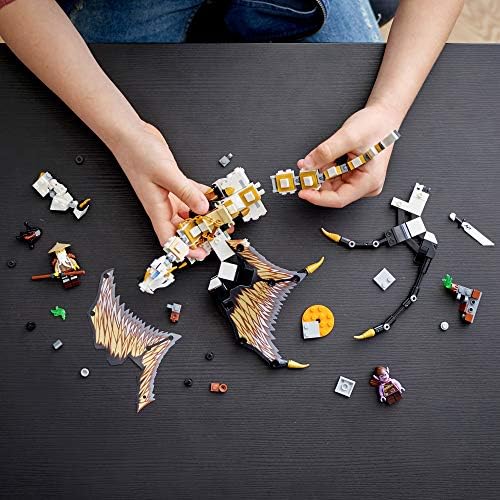 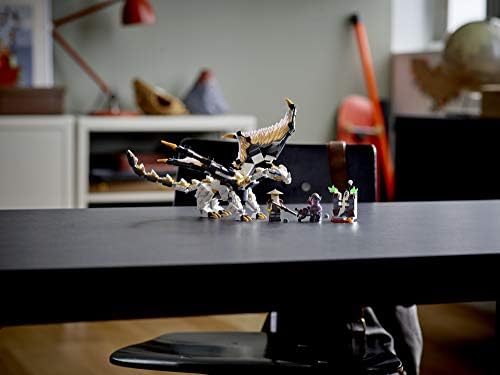 This LEGO NINJAGO Wu’s Battle Dragon (71718) building set for kids with 2 minifigures will be adored by fans of ninja toys, who can use it to stage their own fantasy stories from the NINJAGO TV series. The awesome posable dragon can move its wings, tail, feet and head. With 2 buildable figures of Hero Wu and Gleck, ninja fans can immerse themselves in the mysterious Dungeons of Shintaro and play out battles between themselves for the Ivory Blade of Deliverance. Wu can ride his flying dragon, which will enchant youngsters’ creative minds. LEGO NINJAGO building toys for kids let them learn about the honorable values of ninjas as they venture into a world of mystery where they can role-play their heroes battling powerful dark forces. NINJAGO fans will be gripped for hours by these fun toys, which include dragons, cars and mechs in the different playsets.
Awesome LEGO NINJAGO Wu’s Battle Dragon (71718) toy and 2 minifigures to recreate action from the NINJAGO TV series; The ideal gift for NINJAGO fans or kids who enjoy plotting their own dragon adventures with fun toys
This dragon playset includes a Battle Dragon and 2 minifigures: Hero Wu and Gleck, and the Ivory Blade of Deliverance; Kids can stage fun stories of their own to see which of these characters triumphs
This wonderfully detailed Battle Dragon has a posable head, legs, wings and tail and is designed for the Hero Wu minifigure to ride; Gleck is armed with a crossbow to fire studs
This 321-piece LEGO dragon building kit provides an exciting and rewarding build for boys and girls aged 7+ and makes a great birthday present or LEGO gift for any occasion
This NINJAGO dragon set is a great size to play with at home or to take out for adventures on the go; The flying dragon measures over 4” (12cm) high, 9” (24cm) long and 13” (33cm) wide,