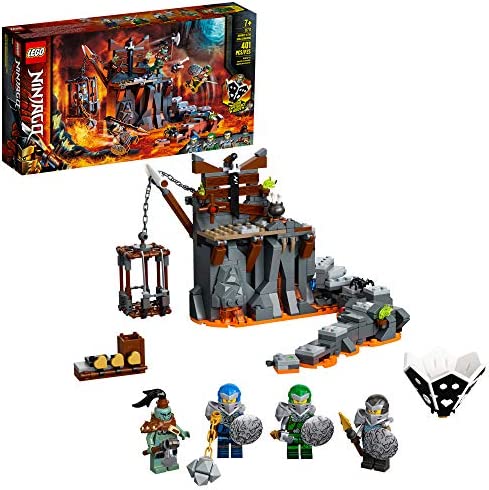 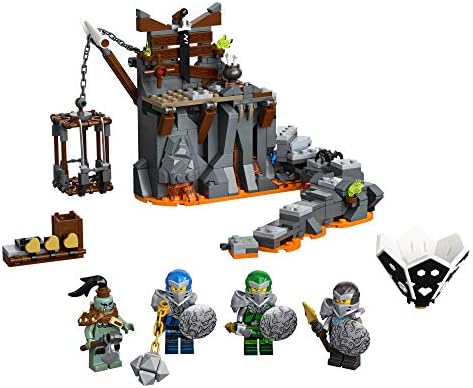 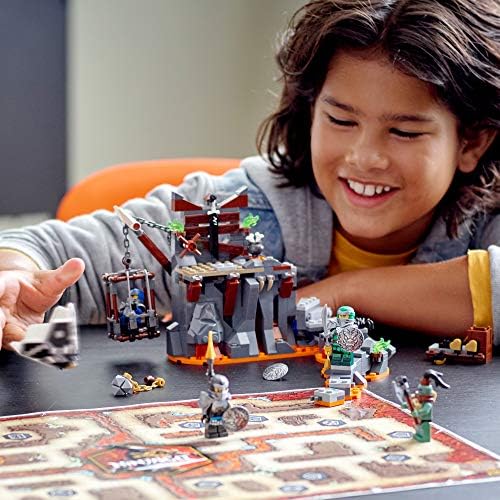 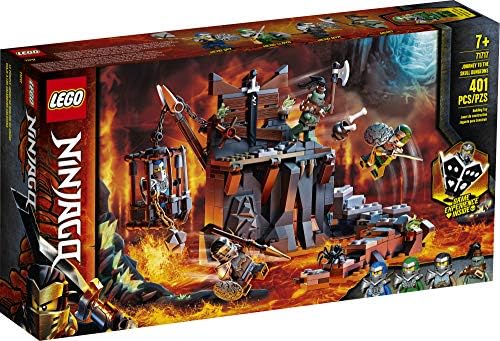 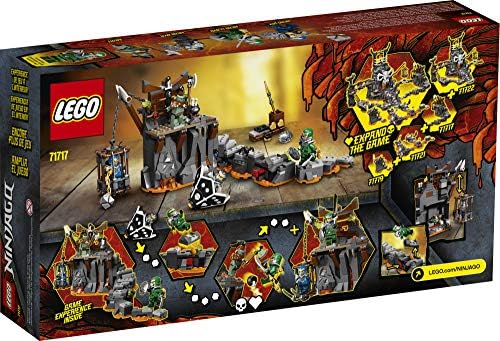 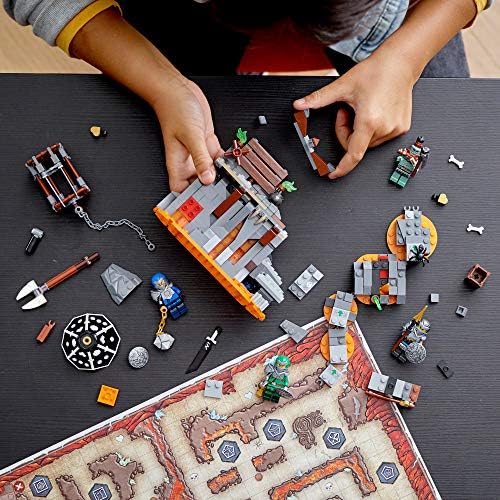 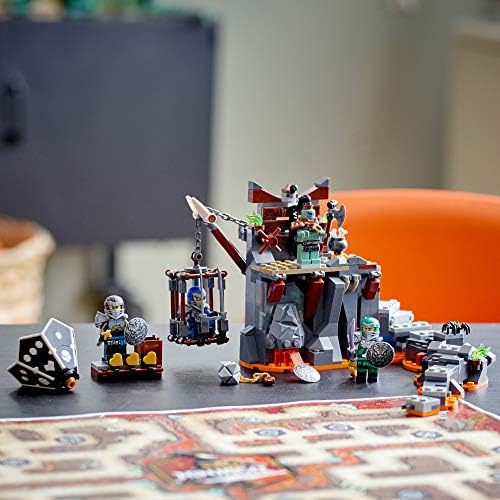 Kids can recreate thrilling scenes from the NINJAGO TV series with this Journey to the Skull Dungeons (71717) playset. With 4 minifigures, including Hero Nya, Hero Jay, Hero Lloyd and Murt, creative youngsters can plot their own dungeon adventures. This super-cool building set for kids also doubles as a LEGO NINJAGO board game. Youngsters can use the dice spinner to plot their way through the dungeon as they attempt to avoid the ninja traps, spiders and prison guard Murt before they can grasp the Shadow Blade of Deliverance and free one of the ninjas from prison. It can also be combined with other LEGO sets to create a giant board game. LEGO NINJAGO ninja toys give youngsters a gateway into a fantasy world where they can indulge in creative play and role-play stories with ninja minifigures. Your little ninja will be captivated as they play with a range of fun toys, including vehicles, mechs and dragons.
LEGO NINJAGO Journey to the Skull Dungeons (71717) board game playset with ninjas Hero Nya, Hero Jay and Hero Lloyd from the NINJAGO TV series; A fun toy for kids who love to play on their own or with friends
This fun toy boasts 4 buildable figures: Hero Nya, Hero Jay, Hero Lloyd and Murt, plus a dungeon toy with a prison cell; The dice spinner lets kids double the fun and compete in a thrilling LEGO board game
This super cool playset can be both a toy dungeon for recreating scenes from the NINJAGO TV series and a board game for kids to navigate their way past the ninja traps and spiders to free an imprisoned ninja
This 401-piece LEGO NINJAGO set with buildable figures offers a fun building experience for boys and girls aged 7+ and makes a highly sought-after birthday or LEGO gift for any occasion
This kids prison playset guarantees countless hours of creative play The dungeon toy measures over 5” (13cm) high, 8” (22cm) long and 8” (20cm) wide – just the right size for kids to take wherever they go,