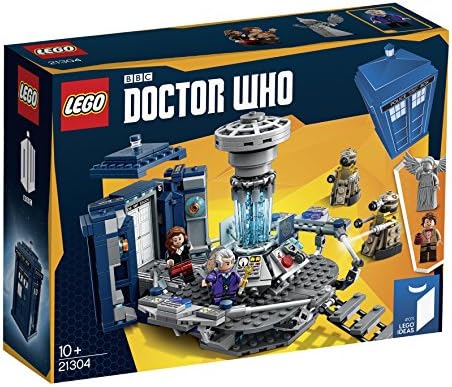 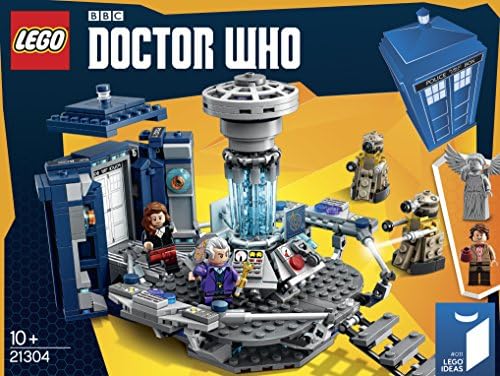 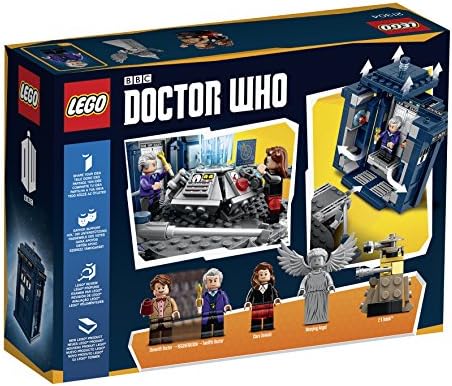 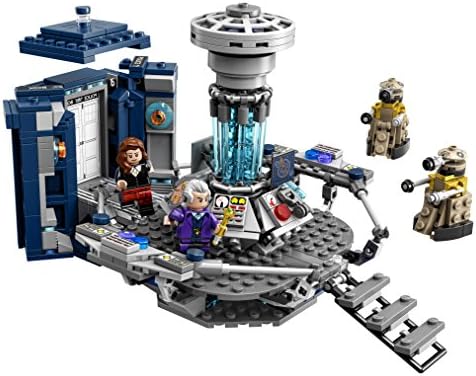 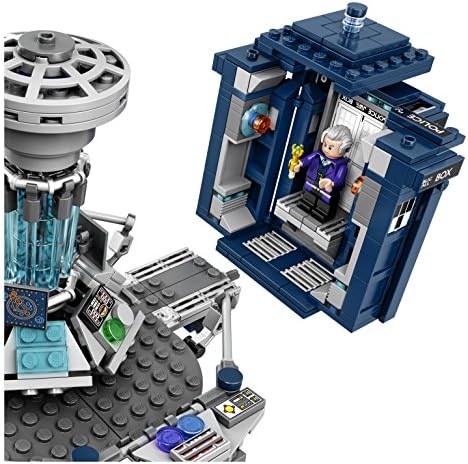 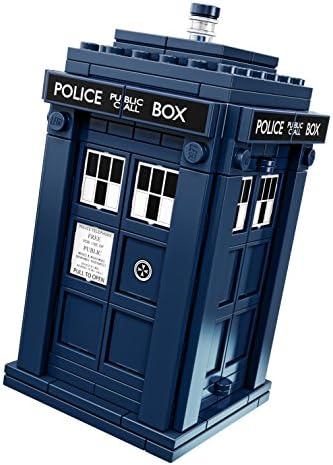 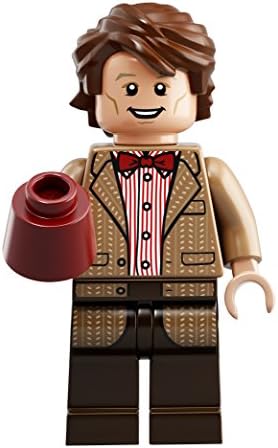 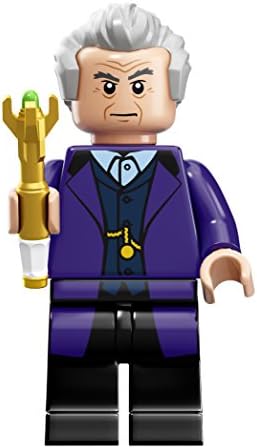 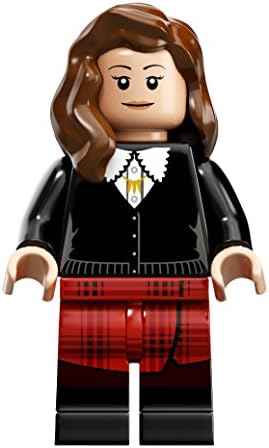 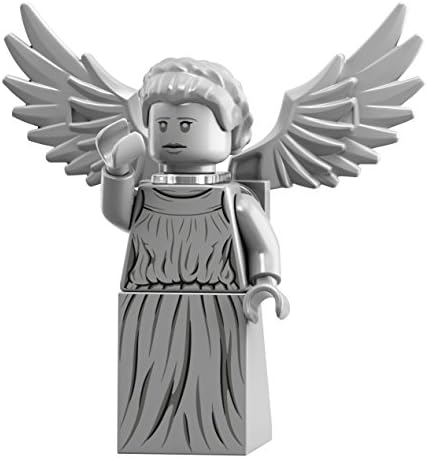 Build, display and role play with Doctor Who! Go time-travelling with this LEGO Ideas Doctor Who set featuring opening TARDIS, console room, Clara Oswald, Daleks and a Weeping Angel. Construct a stunningly detailed LEGO version of the iconic TARDIS and role-play the Doctor’s time-travel adventures! Created by fan-designer Andrew Clark and selected by LEGO Ideas members, this set is based on the BBC’s popular and long-running television series about a Time Lord – the Doctor – exploring the universe in a blue police box. Due to trans-dimensional engineering, the TARDIS is bigger on the inside than the outside and this cool multifunctional set includes the console room that houses all the flight controls. Regenerate the Doctor and defeat the evil Daleks and a Weeping Angel with the help of his extraordinary companion Clara. Then close the doors of the TARDIS and launch into another dimension! Includes 4 minifigures with assorted accessory elements: the Eleventh Doctor, the Twelfth Doctor, Clara Oswald and a Weeping Angel, plus 2 Daleks. Features an opening TARDIS, detachable interior console room with assorted flight controls, exclusive graphic details and steps. Build an authentic replica of the iconic TARDIS time machine in LEGO bricks! Great for display or role-playing scenes from the TV series. Accessory elements include the Eleventh Doctor’s Fez and the Doctor’s signature accessory – The Sonic Screwdriver for the Twelfth Doctor. The Doctor fits inside the TARDIS when closed.
Includes a booklet about the fan-designer and the BBC television series
The perfect gift for LEGO and Doctor Who fans of all age
TARDIS measures over 4″ (11cm) high, 2″ (6cm) wide and 2″ (6cm) deep
Console room measures over 5″ (14cm) high, 6″ (16cm) wide and 8″ (21cm) deep
TARDIS with console room measures over 5″ (14cm) high, 6″ (16cm) wide and 9″ (23cm) deep,